We try to offer a range of activities to suit all ages. Please watch this space for plans for 2021.

Below are examples of what we have done in the past.

Members of TillVAS met to wash and catalogue the finds from the Mardon dig and Branxton test pits. Thanks to a good turn out (and some much needed training from Richard Carlton!) the day was very successful. 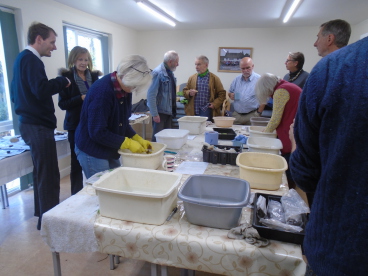 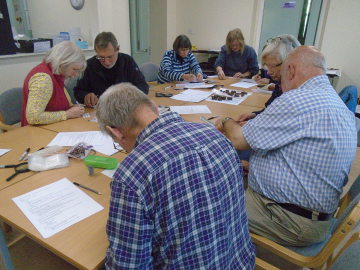 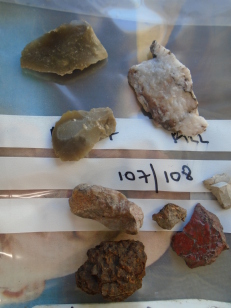 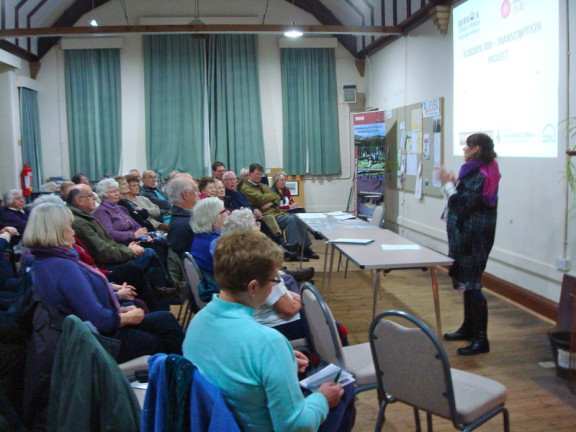 With the exception of the summer months of July and August, we meet in Crookham Village Hall on the first Wednesday of every month at 7.30pm. Guest speakers give illustrated talks on a wide variety of interesting historical or archaeological subjects. Admission to talks is free for members and visitors are welcome to attend all meetings at a small charge. 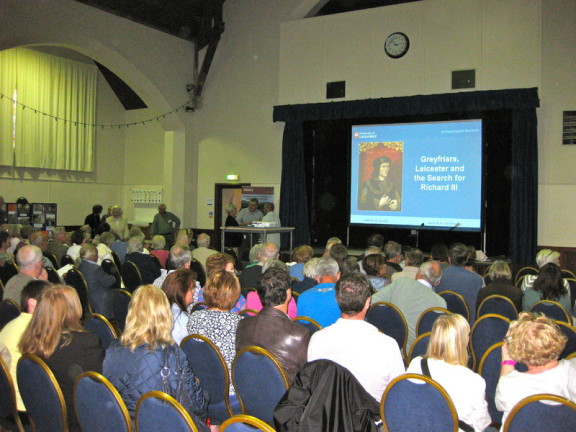 The Society's first James IV Memorial Lecture was held in 2013 in Coldstream Community Centre. This is an annual, keynote address on a relevant, historical topic given by a speaker who is eminent in their field. The subject of the 2013 lecture was "The Search for Richard III" delivered by Dr. Richard Buckley of Leicester University who was responsible for the excavation of the king's remains from beneath the Greyfriars car park on the site of the former Greyfriars church in Leicester. The lecture attracted an audience of 150 people. 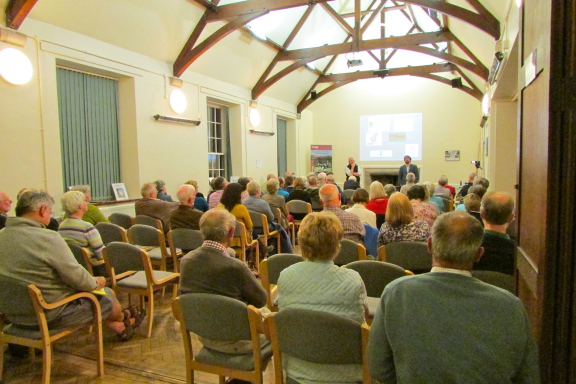 The second Memorial Lecture was held in Etal Village Hall in October 2014 when Dr. Tony Pollard spoke to an enthusiastic audience about "The Battle of Bannockburn". 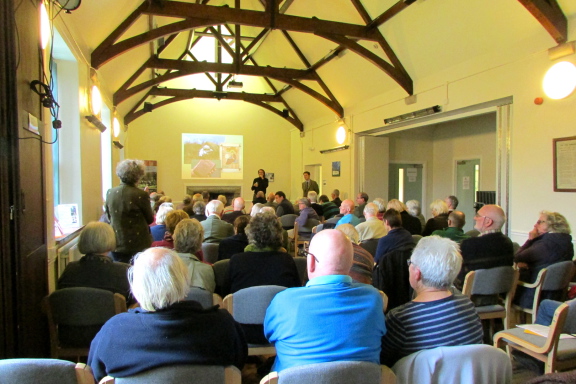 The third annual James IV Memorial Lecture was held in October 2015 in Etal Village Hall when Max Adams spoke about "The King in the North" (King Oswald). This photo was taken during the question and answer session. 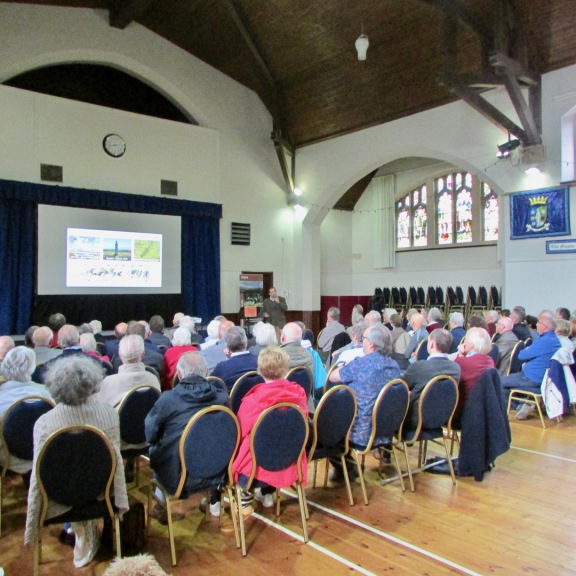 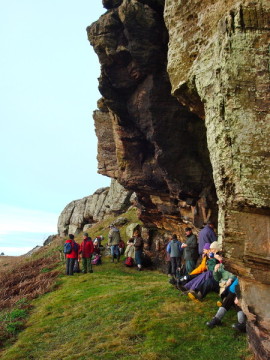 We also have conducted visits to local sites and excavations and arrange short, guided walks on summer evenings and at Christmas/New Year.

Social events are held, often in conjunction with the Society's other activities. The photograph shows a rock shelter at Goats Crag, the site of Bronze Age burials. This was a New Year guided walk which also included a visit to the site of the coal workings at Ford Moss and the rock carvings at Routin Lynn. 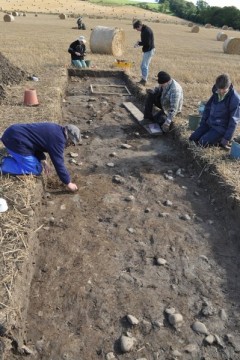 Many members take part as volunteers in the summer and autumn programme of archaeological excavations and field walking under the guidance of professional archaeologists. On-site tuition is given and there are also opportunities to learn the skills of responsible metal detecting.

In recent years, archaeological digs have concentrated on the site of the battle of Flodden, 1513, but there have been excavations elsewhere, such as at Norham Castle, Wark, Etal and in fields at Ladykirk.

For those who prefer not to take part in the more strenuous aspects of excavation, participation can be tailored to suit requirements. Also, many people prefer to take part in field walking over newly ploughed fields within a marked out grid system. The finding and noting of surface artefacts is a different yet rewarding experience. See photo below. 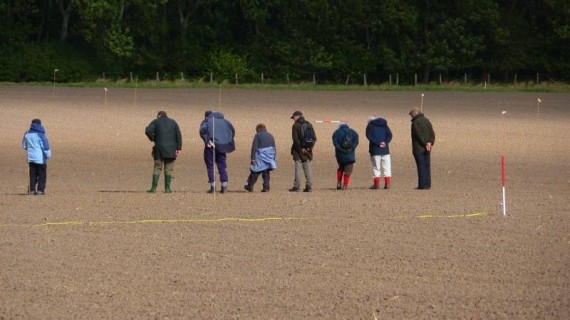 The Society was a Stakeholder in the Flodden 1513 and Flodden 500 archaeology projects which ended in December 2016. The project aimed to bring together communities of the Scottish and Northumbrian border areas in commemoration of the 500th anniversary of the Battle of Flodden 1513. The project spanned over four years ensuring that a legacy was created beyond the commemoration events in 2013. It had been supported by the Heritage Lottery Fund (HLF) in the sum of £887, 300.

The Flodden 500 archaeology project covered a number of headings and although TillVAS had an interest in all of these, the Society's particular interest was in practical archaeology. The HLF enabled additional money to be made available for archaeological work on the battlefield and associated sites. This included funding for scientific work such as geophysical surveys and carbon dating of finds which are such expensive areas of archaeology.

The Society has embarked upon a two and a half years project in conjunction with the communities of the two villages in order to compile a village atlas. Details of this are shown on a separate page—click on the tab, above left.